During a touch football tournament in 2013 at Terry Fox Elementary School, Sacobie, receivers’ coach for the Ravens football team, was a referee and spotted Cole, then a centre, standing at almost 6 feet tall.

Sacobie, who started the Jr. Ravens football program in the spring of 2013, began the camp with the intention to get kids back into the sport, educate parents that the game is safe and to introduce 10,000 youth to football by the year 2025. 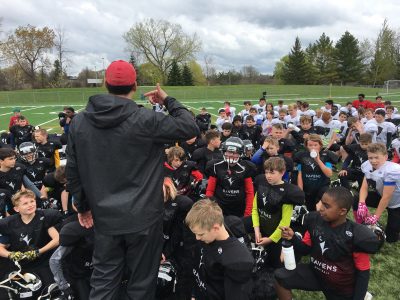 Now, roughly 700 young players across the Ottawa/Gatineau region come through the program every year during the spring and winter camps.

Since then, the camp has made modifications and expansions every two years, according to Sacobie. The Jr. Ravens are currently open to young kids from as young as four up to 18-years-old.

They now have a ‘just-play’ aspect which is aimed to act as a physical literacy program with a football component to it. This includes touch football, flag football and active start up elements.

The ‘just-play’ program is not a means to get kids involved in tackling, but rather to educate young players and their parents that if done properly it can be safe and fun.

When Cole, now an offensive lineman for Carleton University, joined the camp in grade seven he had already been in the sport for about three years and wanted to get better.

“We identified a gap in Ottawa football. Kids weren’t getting what they wanted in terms of development ages 14-17.” – Coach Sacobie

With the help from his parents, Cole was enrolled in what was to be the first year of a now seven year program.

“It was something that wasn’t just playing for a team,” he said when talking about why he wanted to join the camp. “I think to have more coaching was it. My parents also wanted to try and make me better.”

Cole played with the Jr. Ravens until he was 13 and left due to lack of training, which forced coach Sacobie and his team to re-evaluate what the program could really do for young football players.

From there, Cole went onto train elsewhere and play at the University of Calgary for a year.

Coach Sacobie saw a missed opportunity within the program where Cole could have trained with them until he was 18 and possibly stay with the team in University.

This is the reason that the prospects program began.

“Nolan Cole’s story is the reason we started prospects because he turned 13 and our program had stopped service at that age,” Sacobie said.

Prospects is what the coaches view as high-performance football for the athletes that are seeking a specialization in a position, strength training more than once a week and how to be a student-athlete in post-secondary.

“We identified a gap in Ottawa football,” he said. “Kids weren’t getting what they wanted in terms of development ages 14-17.”

Last winter roughly 50 kids were involved in the prospects program and this winter they saw that number jump to 85.

The prospects camp involves going into the gym twice a week to build strength, followed by a three-hour session that focusing on on-field skills. Finally, the athletes are gathered for a classroom piece where they learn things from how to watch film to recruiting rules or a nutrition seminar.

“I wish [prospects] was a thing when I joined,” said Cole. “If they had prospects I probably would have stayed around.” 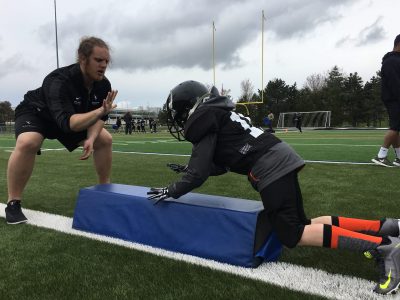 Ravens coaches and players work with youth athletes of all ages and skill levels.

Cole pointed out that he does not know whether training with Sacobie and his team would have led him to Carleton in the first place but says that having a combination of strength training and field skills would have helped him in the long run.

He also said he was told how different university is from high school, but no one showed him. What the prospects program aims to do is prepare young kids for the reality that is being a student-athlete.

After a year of Calgary, Nolan returned to his hometown of Ottawa where he now suits up for the Ravens.

Choosing Carleton was easy for Cole because the head coach, Steve Sumarah, had coached him on Team Canada and he was already comfortable. Furthermore, due to the Jr. Ravens, Cole had been around the program since he was young and felt that it was the right fit.

“I was here when the old field was down,” Cole said. “The lines were still yellow, and I even saw the bleachers being built.”

Starting back in 2013, Cole did not expect to one day play on the field with the team that trained him. Now, he plays each spot on the offensive line for the team.

He believes anyone can join the Jr. Ravens no matter what skill level an athlete may be at.

“It doesn’t matter if you’re the best athlete on the field,” he said. “They can help you excel and get better.”

Cole advises any young person that has an interest in football to come out and play in any of the programs the camp has to offer.

“Jr. Ravens teaches you the basic idea that you can succeed. You can do well you just have to put in time and effort and be able to listen and understand that it takes time, it’s a full process.” 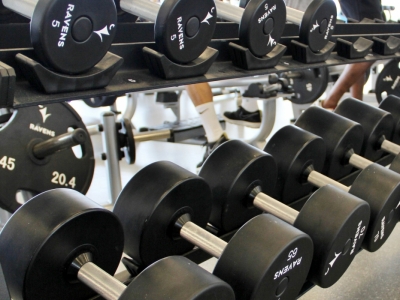 By Mark Nadon  Don’t wait for gyms to re-open, prices to drop, or stores to get re-stocked with gear to get back to training with equipment. We have you covered... More

In light of the recent announcement by the Provincial government, effective 4:30 PM on December 24th all the Carleton Athletics programs and memberships will be cancelled, suspended, or postponed and all facilities will be... More 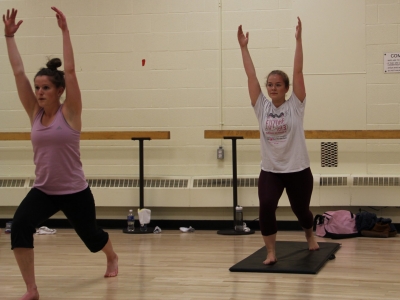 By Mark Nadon What is functional fitness? The words roll off the tongue as easily as boot camp once did. You could define functional training in a lot of ways,... More 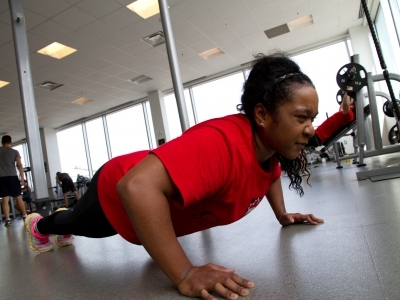 By Mark Nadon Your training plan is going fantastic until an injury throws your plans into the wind. It’s hard to recover and stay motivated. Pivoting is your greatest tool,... More