Carleton student Sydney Weaver knows the importance of creating a welcoming environment in the gym. Sydney has cerebral palsy and speaks to the mentality towards fitness that some with physical disabilities can have.

“I always kind of thought fitness was where the line of me being ‘normal,’ and my disability stopped. Like that was the dividing line of ‘you are able-bodied’ or ‘you are not,” Sydney said in an interview.

Frustrated with her options in the Ottawa area, Sydney was struggling to find an athletic outlet that suited her physical needs. “As a person with a disability, there were not a lot of options for me,” she says. “I was very overwhelmed and intimidated, quite frankly, going to the gym,” she admits.

In the months leading up to the COVID-19 pandemic, Sydney began working with a personal trainer through Carleton. Securing her trainer, Brian, was a huge step in helping her get into the gym.

“I knew that going about the personal training option gave me someone with the knowledge but also having that reassurance that there was someone dedicated to me for a period of time to help me with my workout, whatever that looks like,” she says.

Sydney and Brian first began by building a fitness plan tailored specially to her needs. Brian took the time to understand his new client, and the two of them put together a workout plan that Sydney could do safely while still providing her with a real challenge.

When asked about Brian, Sydney said that his enthusiasm and positivity helped her feel more connected to him. On their first trip to the gym together, Brian would move from one piece of equipment to the next while periodically asking “That does not look accessible. Can we make it accessible?”

As the COVID-19 pandemic restrictions eased, facilities across Carleton’s campus began opening back up for public use. For Sydney, this meant using the Fitness Centre at busy hours when there would be a lot of people around. She recalls the feeling of entering a bustling Fitness Centre for the first time.

“I remember when we first transitioned to going the main Fitness Centre, I was like ‘I don’t want to go. People are going to look at me because I’m the only disabled one in there,” she said.

Brian encouraged her to put the external environment aside and focus on her workout. Sydney says that having that extra push from her personal trainer was all she needed to continue on her fitness journey.

While she was initially apprehensive and nervous upon entering the fitness centre, Brian remained encouraging. The relationship that the two of them had built in the months before the reopening of the fitness centre meant that Brian and Sydney had a strong level of trust with one another, which allowed Brian to push her outside of her comfort zone. When Sydney expressed her hesitation to Brian, he made sure to support his client.

“Why does it matter? You’re coming here to work out. You’re entitled to be here,” Brian reassured her.

“Some else willing to go and say, ‘Don’t say no just yet’ made me rethink everything,” she says.

Sydney says she is happy that Brian pushed her outside of her comfort zone having her work out during regular Fitness Centre sessions. She says that having access to and participating in the main gym helps her feel more connected to the Carleton community.

“Being in an environment where you see other people working out makes me feel more included,” she says.

This newfound confidence athletic confidence that Sydney discovered within herself pushed her even further into the world of athletics. She joined Carleton’s adaptive Boccia league and found a passion for the game. She now plays Boccia competitively in tournaments around Ottawa where she is often the lone Carleton representative.

“I joined Carleton Boccia in the fall. I competed in four tournaments this year,” Sydney says.

Now exercising regularly and playing competitive sports, she attributes her newfound athletic confidence and prowess to the training staff at Carleton. She also points to Carleton’s Boccia program as the reason for her sporting success.

“If it was not for Carleton Athletics, I would not have had the drive and motivation to pursue it competitively,” she says.

By creating an open and welcoming environment, Carleton athletics has created a safe space in which people of all athletic and physical abilities can exercise together as a community. This environment allows people to thrive in ways that once did not seem possible.

For students like Sydney, the Fitness Centre provides an encouraging and accepting environment for her workout.

“Carleton does see me as a person that has physical capabilities that I didn’t see in myself. It’s because of Carleton providing an opportunity for others to believe in me, that I learned to believe in myself.” 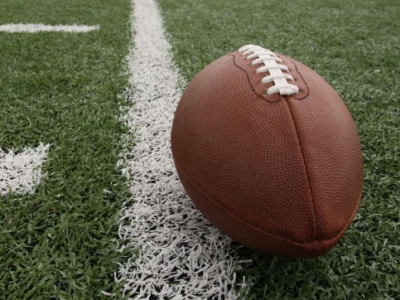 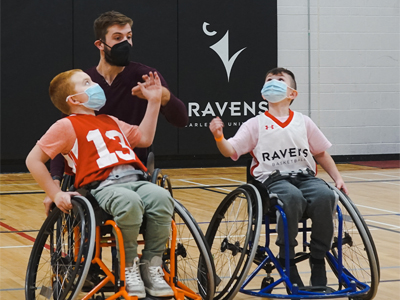 Junior Ravens Wheelchair Basketball is off to a Great Start

Junior Ravens Wheelchair Basketball is off to a Great Start

“This program provides the best opportunity possible for children and youth with disabilities to enjoy wheelchair basketball in Ottawa,” said Josh Davies, a coach for the program. His experience includes membership on Canada’s national junior... More 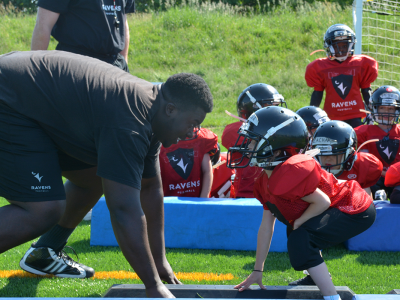 After ten years in the Ottawa community, Junior Ravens Football is well on its way to introducing 10,000 youth to the sport by 2025. From that first cohort of 130 community members in 2013, before... More

As the Department of Recreation and Athletics plans to reopen the Fitness Centre on January 31, Carleton Athletics is expanding its fitness bookings to provide a more inclusive and supportive environment for members of our... More